The Voice of Montana's Organic Community

Organic U: The Story of Vilicus Farms* 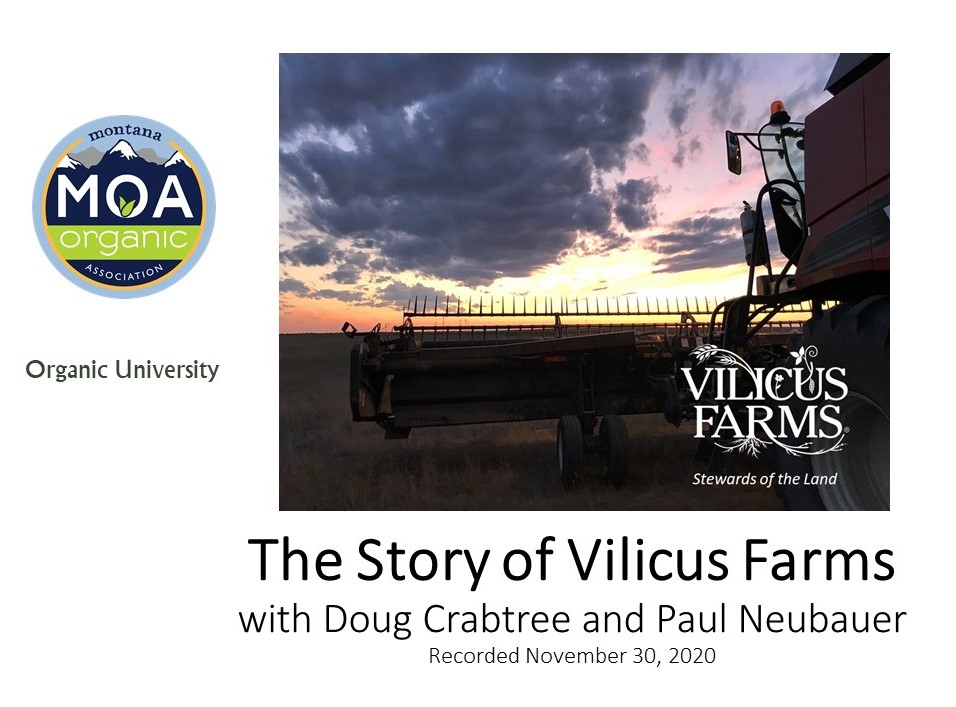 Vilicus Farms officially started from scratch in 2009 when Doug and Anna purchased 1,280 acres of Northern Great Plains prairie off the open market with 20 years of savings and lots of hutzpah. The vision for Vilicus began years earlier when Doug, whose family’s grain farm in Ohio had been lost in farm crisis of the 1980’s, began looking for a viable way to return to farming. Without the existence of a traditional family farm base, options were limited. In 2005, Doug and Anna recognized the emerging opportunities in the organic market and began drafting their vision of a model organic farm that would push the boundaries of conservation and sustainability. Since 2009 Vilicus has seen a full cycle of its crop rotation, and grown from 1,280 to 7,400 acres. Doug and Anna have begun an organic farmer apprenticeship program to mentor beginning farmers through the challenges of starting a midscale, dryland organic farming operation.

Want to find out more?

Drop us a line. We follow up on all contacts